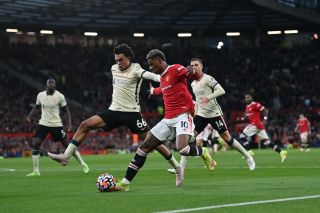 Manchester United’s trip to Liverpool later this month will be postponed after Jurgen Klopp’s side reached the FA Cup quarter-finals on Wednesday night.

United were set to face the Scousers at Anfield on Sunday, March 20, with the hosts looking to catch up with Man City at the top of the Premier League.

However, the match has been postponed following Liverpool’s 2-1 win over Norwich City in the FA Cup fifth-round, as per the Manchester Evening News.

It was another tough fixture in what is already a challenging month for United with games against City, Tottenham and Atletico Madrid.

The Reds will be continuing their quest for a top four finish but they cannot afford too many defeats between now and the end of the season.

Arsenal have a good chance to gain momentum but I wouldn’t be worried about Tottenham, who we really should be beating this month.

Updates to follow as soon as we know when the game has been rescheduled.