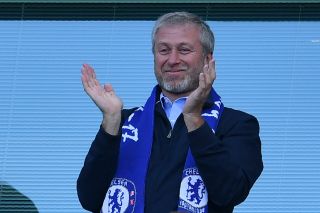 Manchester United fans will be hoping Chelsea plummet after Roman Abramovich sells the club, after the Russian’s plans were confirmed in a statement published on the club’s website.

Chelsea achieved a lot of success during Abramovich’s stint at Stamford Bridge. He was in charge of the club while the team won five Premier League titles, the Champions League and Europa League.

A number of Manchester United fans have taken to social media to react to the news that Abramovich is selling the club, as seen below:

Chelsea fans have been spoilt with success and trophies from the very start, hope this is the start of an era of being humbled.

Roman Abramovich, The Glazers and Sheik Mansour should never have been allowed to own clubs in the first place due to their immorality.
It’s inevitable that eventually someone like Abramovich would have to sell in shame.

I hope Roman Abramovich sells Chelsea to the glazers 😂 #MUFC

Waking up to the news of serial winner Roman Abramovich selling Chelsea but realizing The Glazers still own my club. #cfc #mufc pic.twitter.com/vx7e3bgXBe

In a statement released on Chelsea’s official website, Abramovich said: “I would like to address the speculation in media over the past few days in relation to my ownership of Chelsea FC.

“As I have stated before, I have always taken decisions with the Club’s best interest at heart. In the current situation, I have therefore taken the decision to sell the Club, as I believe this is in the best interest of the Club, the fans, the employees, as well as the Club’s sponsors and partners.

“I have instructed my team to set up a charitable foundation where all net proceeds from the sale will be donated. The foundation will be for the benefit of all victims of the war in Ukraine. This includes providing critical funds towards the urgent and immediate needs of victims, as well as supporting the long-term work of recovery.”