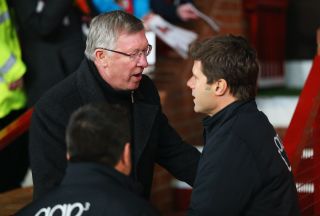 Sources have told ESPN that Sir Alex Ferguson, who is a fan of Mauricio Pochettino, has recommended Ancelotti for the job if the PSG manager rules himself out of the running.

This comes five days after reports in Spain claimed Pochettino would snub an offer from United in favour of joining Real Madrid, yet The Athletic understands that the Reds would ‘love to hire the Argentine this summer because he is seen as a good fit for the club.

Another manager United could look at is Ajax coach Erik ten Hag, who seems to excite the vast majority of fans across social media, judging by the many ‘Who should be the next manager’ polls.

Moreover, United’s football director John Murtough says they are going through a detailed search for a new manager, according to the The Mirror, but it sounds like the board are beginning to feel it will be difficult to secure Poch’s signature in the summer…

Ralf Rangnick, who was placed in charge temporarily following Ole Gunnar Solskjaer’s dismissal, is set to move from interim manager into a consultancy-based role. He will prove to be of huge benefit to the next manager, if they can find a way to work together.

The question I would raise is, why wasn’t Ancelotti considered in 2013 instead of David Moyes? That would’ve been a shrewd appointment to help United get over the hangover of losing the greatest manager of all-time.

They made a decision in November to go short-term with an interim manager, so I find it mind-boggling that the hierarchy are still without a plan, despite giving their own spin to the mainstream media about having everything in check with a new chief executive, football director and technical director.

The only way to convince fans that things are moving in the right direction is with results. Not new sponsorship deals.

Ultimately, I think it’s a very weak stance for United to take at this moment in time. Others will argue it’s good to have a Plan B.