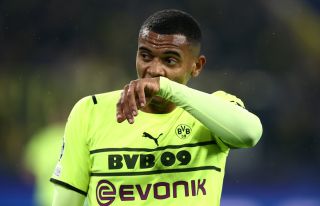 Borussia Dortmund centre-back Manuel Akanji has been linked with a move to Manchester United in recent weeks, amid claims he recently rejected a contract offer from the Bundesliga giants.

It is understood that Dortmund took a big hit financially as a result of the global pandemic, which they will try to address in the summer with some help from Erling Haaland’s transfer fee.

According to Sport Bild, as cited by Sport Witness, Dortmund are looking at Freiburg’s Nico Schlotterbeck as a potential replacement for Akanji, who reportedly has an ‘offer from Manchester United’.

The details on that offer are not clear and we know that a lot will be written about players being linked to United over the coming months. Many who will never end up playing for the club.

But the speculation surrounding Akanji is not going away and Rangnick is said to be a fan of the defender, as per the Manchester Evening News.

Of course, United could do with strengthening at the back next season, with more pundits noticing that Harry Maguire will struggle in a team that wants to play with a high defensive line.

Victor Lindelof appears to be a better partner for Raphael Varane right now.