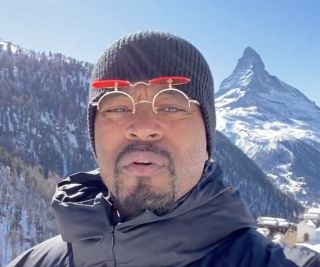 The whole world has been appalled by the war following Russia’s invasion of Ukraine.

In a show of solidarity with the Ukrainian people, a number of football clubs and players have spoken out and made gestures of love to those effected by the conflict.

With the many tributes paid over the weekend from the footballing world, Patrice Evra is the latest to share a video giving his thoughts on the barbaric events.

Every Monday the former Manchester United left-back brings us a motivational video on social media, but this week it was impossible to make anything positive of the situation in Ukraine.

Evra does his best to stay positive and calls on the world’s most powerful people to put a stop to the war.

“This is crazy,” Evra says before explaining how men and women are fighting for not only survival but basic human rights, in Ukraine and other countries.

It’s been six days since Russia invaded Ukraine and the conflict has continued.