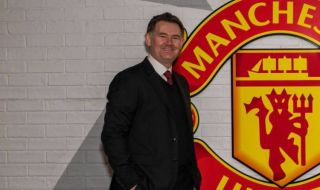 This is going to be the first (hopefully he doesn’t need to make many!) managerial appointment made by Murtough, with new chief executive Richard Arnold keen to let the football decisions come from those best placed to do so, unlike his predecessor Ed Woodward.

“We are now conducting a thorough process for the appointment of a new permanent manager who will take charge this summer, with the objective to get us back to challenging for those domestic and European titles,” Murtough said, as per Manchester Evening News.

The Reds have been linked heavily to two managers — Mauricio Pochettino and Erik ten Hag – and both are in strong positions to guide their teams into the Champions League quarter-finals, on top of potentially winning their domestic titles.

United are still in the Champions League, too, but board members could be keeping an extra close eye on other ties to see who comes out on top between Pochettino and Ten Hag. The difference is PSG are among the favourites because of the players they have; while Ajax are on another terrific journey with their coach.

Hopefully Rangnick does a better job than both of them in Europe this season!

Let us know in the comments section who you would like to be our next manager?