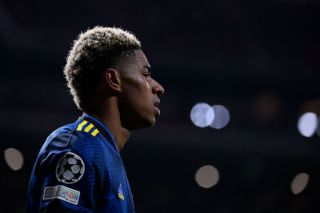 There is growing fears over the security of footballers after Victor Lindelof’s house was raided while his wife and young children were at home.

The Sun claim that Manchester United have asked a security company to recruit teams that work around the clock, 24/7, in order to increase protection around our players.

Marcus Rashford has made several decisions to increase protection around his home, such as having a security guard move in with him as well as his recent purchase of a security dog for £25,000.

It is also noted in the report that other players have made steps similar to Rashford after the distressing incident at Lindelof’s home.

The newspaper quotes a source as saying: “Marcus got a bodyguard a while ago when his profile started to rise.

“But now the minder has become part of the furniture.

“It’s good for Marcus to know that he has someone on call 24/7 given the regularity with which footballers are being targeted and in increasingly violent ways.”

Chelsea full-back Reece James is another Premier League star who was victim of a burglary earlier this season, when he had his Champions League winners’ medal stolen from his home, as per The Athletic.

Over the years I have read several stories about players having their homes raided by thieves – often while they are playing for their clubs – so it only makes sense for Premier League clubs to hire security staff for their players.