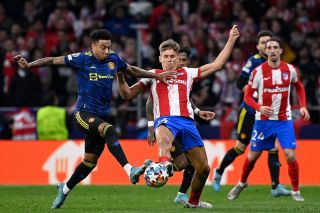 Amanda Staveley, who helped a Saudi consortium take over Newcastle United in October 2021, has revealed that Jesse Lingard desperately wanted to move to St. James’ Park in January.

It was well known at the time that Newcastle were interested in signing Lingard and the midfielder was actively looking for a route out of Old Trafford.

However, United made it clear that he would not be allowed to leave the club on loan, like he did for West Ham last season.

Of course, that puts the 29-year-old in a stronger negotiation position when his current deal expires at United in 5 months. Then Lingard will be free to join whichever club shows an interest in securing his signature.

“We had to encourage players – ‘we’ll be a safe place for you, we’ll deliver and grow’,” Staveley told The Athletic (£).

“Some desperately wanted to come to us, like Sven, who still does very much and has talked very openly about that.

“Coming through all that showed us we can do it, that we can stick to our plan and if we get criticised on the last day for ‘oh, you’re going after Jesse’, well, Jesse wanted to come to us.

“We did everything. We never stopped. From the start to the finish, we did not stop working.”

It was suggested that United held Lingard against his wishes back in January, but the player should respect his contract, which he must also take responsibility for signing.

Rangnick told reporters there are “no problems” (via talkSPORT) with the England international but he will be looking to get some minutes under his belt versus Watford after coming off the bench against Atletico Madrid on Wednesday night.

There will be many feeling upset at West Ham if Lingard signs for Newcastle.