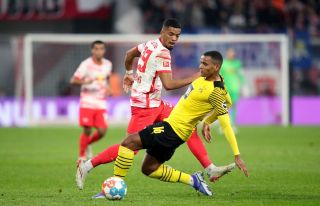 The Daily Mail suggest United have made initial enquiries about a possible move in what could be a busy transfer window for the club, with Ralf Rangnick stressing that a new centre-back is needed along with a defensive midfielder and a striker in the summer.

Earlier reports suggested United have already made an offer for the player, but the Mail believes that is a premature statement as the club has yet to make a formal proposal to the player and his representatives.

It is noted that question marks have been raised by the interim manager regarding the level of Harry Maguire’s performances. The skipper is having a poor season but Rangnick has publicly backed him as club captain, amid claims about unrest in the dressing room due to Maguire’s role.

Akanji, 26, has 16 months left on his contract and the Mail believe Borussia Dortmund would listen to offers worth £26m. The Bundesliga giants will still make profit on the defender they signed from Basel for £15m in 2018.

He has played 28 games for Dortmund this season and has 38 caps for Switzerland.

It is also noted by the Mail that Dortmund offered Akanji a new contract worth approximately £6.7m a year but his entourage are understood to want closer to £8.3m in wages, which amounts to £162,000-a-week.

Should United target Akanji to bolster their defence this summer?