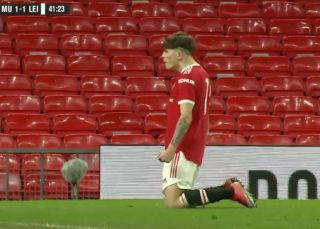 Manchester United are looking to book their place in the FA Youth Cup semi-finals tonight as they host Leicester City in the quarter-final, held at Old Trafford.

The U18s have already defeated Scunthorpe, Reading and Everton in the earlier rounds of the FA Youth Cup and tonight they aim to add the Foxes to that list.

Travis Binnon’s side are currently ninth in the Northern section of the U18 Premier League – but a good cup run could make this a successful campaign for the young Reds.

In attendance to keep an eye on the youth players is first-team manager Ralf Rangnick. 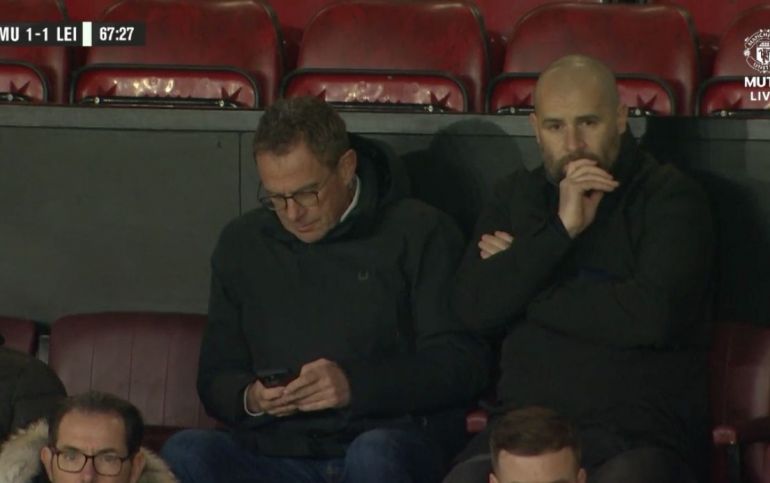 The German would’ve enjoyed Alejandro Garnacho’s equaliser before half-time to make it 1-1.

Garnacho, 17, rarely fails to impress when in action for United’s academy teams. He scored a bicycle kick in the third round as well as a brilliant solo goal in the fifth round.

He directed his free-kick into the left corner and gave the Leicester City goalkeeper little to no chance.

Leicester City have piled on the pressure in the second half, but hopefully the lads can find a way into the next round.