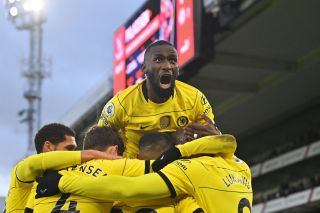 Manchester United are reportedly eyeing up a move for free agent Antonio Rudiger this summer.

According to The Mirror, Ralf Rangnick admires the Chelsea defender who has yet to sign a new contract at Stamford Bridge.

The 28-year-old is believed to be waiting until the end of the season to make a decision on his future, and Darren Lewis has reason to believe United will be interested in sealing the German’s signature.

Rudiger is the second centre-back to be linked with a move to United on Thursday, which casts a shadow over the future of Harry Maguire because I highly doubt the next manager will look to replace Raphael Varane…

Lewis writes: “Talks over a new deal for Rudiger at Stamford Bridge are no nearer being resolved with the centre-back, whose contract expires this summer, well aware that he could earn up to £400,000-a-week with Real Madrid and PSG – both of whom have already made clear their interest.”

That suggests United will face competitors if they try to sign Rudiger in the summer.

Borussia Dortmund defender Manuel Akanji could be another option. The Switzerland international has a €30 million price tag and has already rejected a fresh contract offer from the Bundesliga giants.

Let us know in the comments section who United should sign in defence this summer?