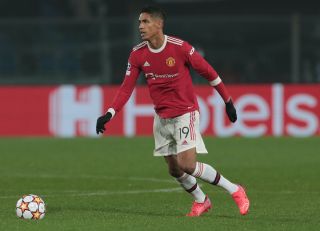 The knockout stages are nearly upon Manchester United, with Ralf Rangnick’s men set to face La Liga champions Atletico Madrid in the round of 16.

Atleti will be without captain Koke, whilst the Reds boast a mostly full-strength squad with Edinson Cavani being the only exception due to a groin injury.

Although the Spanish champions have endured a poor season to date, United will be under no illusions that they’ll enjoy an easy game at the Wanda Metropolitano.

We are predicted four changes to the team that started against Leeds at the weekend:

David de Gea is, of course, the man who will stand between the sticks, with Harry Maguire and Raphael Varane paired in central defence ahead of the former Ateli shot stopper.

At full-back, we will see Diogo Dalot at right-back and hopefully Alex Telles on the opposite flank.

In midfield, Scott McTominay will likely be joined by the superb duo of Paul Pogba and Bruno Fernandes.

Cristiano Ronaldo is set to lead the line after scoring a whopping 25 goals against Atleti in the past. He may be joined on either flank by Jadon Sancho and Marcus Rashford.

Let us know what you think of our predicted XI in the comment section.