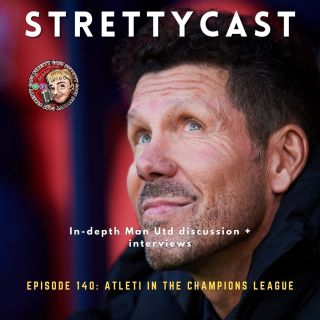 The latest episode of the Strettycast gives you everything you need to know before Manchester United face Atletico Madrid in the Champions League.

Dale and Shaun review Manchester United’s 4-2 win over Leeds United in the Premier League before being joined by Football Espana editor Alan Feehely to discuss the opening match against Atletico Madrid.

Manchester United are in Madrid on Wednesday night for the Champions League round-of-16 clash.

It appears Atleti are under crisis, struggling in a similar fashion domestically to the Red Devils, but with questions surfacing about Diego Simeone’s future despite his incredible work at the club down the years.

We give our match predictions and much more.

You can listen to the Strettycast on Spotify and Apple Podcasts.