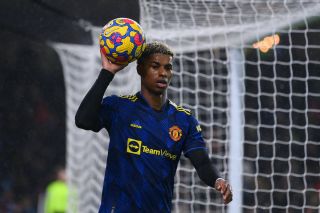 Manchester United currently have 28 players in their squad, including stars who are out on loan, but we could set for a huge amount of upheaval in the coming months. One player who appears to have an uncertain future is Marcus Rashford.

Mark Ogden has explained the situation United face over the coming months when it comes to player contracts, in a piece for ESPN. It suggests that the next manager, who will be appointed in the summer, has a big job on his hands to assemble a team capable of challenging Man City and Liverpool in the Premier League.

Paul Pogba, Juan Mata, Jesse Lingard and Edinson Cavani are all set to leave for nothing this summer. That means the club must look 12-24 months down the line to avoid similar high-profile names becoming free agents in the coming years.

The report claims Diogo Dalot and Fred are both expected to be rewarded with new contracts, while there is more uncertainty over whether Marcus Rashford warrants an improved deal.

Ogden writes: “Rashford is likely to be a challenge for Arnold and the Glazers – he is too valuable a player to risk losing for nothing, but his recent form does not justify the reward of a new contract, so that is one situation to watch closely.”

Will it be Erik ten Hag or Mauricio Pochettino?

A task for whoever gets the job will be getting Rashford back amongst the goals.

After recovering from a shoulder operation earlier this season, the England international has struggled to reach top form, but hopefully we see him get back to his best soon.