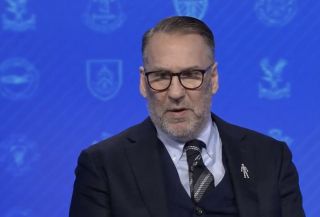 The Red Devils, led by interim manager Ralf Rangnick, are currently preparing to face arch-rivals Leeds United in what is expected to be a fierce away fixture.

“I feel sorry for Harry Maguire. I don’t think they play to his strengths,” Merson told Sky Sports viewers. “I think the players on the pitch are letting him down.”