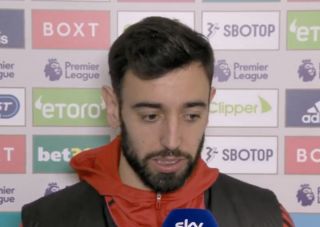 Manchester United midfielder Bruno Fernandes has called for his teammates to ‘match’ what should be a powder keg atmosphere at Elland Road on Sunday afternoon for a Premier League clash against rivals Leeds United.

The Red Devils will come into Sunday’s fierce league tie in desperate need of a win in order to keep their top-four hopes alive. 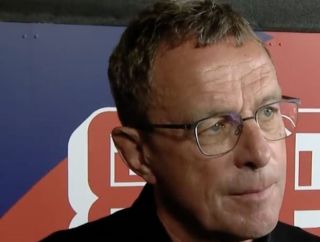 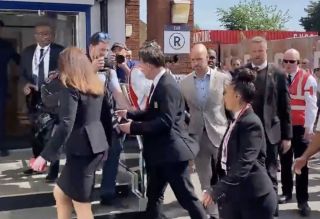 United’s quest for Champions League football suffered a major blow on Saturday after both Arsenal and Tottenham Hotspur picked up three points against Brentford and Manchester City, respectively.

Speaking ahead of the important clash, Fernandes, who spoke to Sky Sports, said: “Obviously playing against Leeds you know that the game can go in both hands – it can be crazy.

“Also last season we got a good result at home and we came here to play against them, it was a 0-0 game – a different game, completely different.

“Obviously today after so many years (18), they will have the fans back, obviously for them, it is a huge game and we know how important it is for us and our fans.

“I expect the same as Leeds do on the pitch – they are intense. They are probably the most intense team in the league.

“I expect that from the fans – from both sides. We have to match. We expect that already so I hope we don’t get surprised when the game starts.”

🗣 “I expect the same as Leeds do on the pitch, they are intense, they are the most intense team in the league and I expect that from their fans.”

Bruno Fernandes on what atmosphere he is expecting to experience from the Leeds United fans after a 17 year wait pic.twitter.com/n20K7paK82