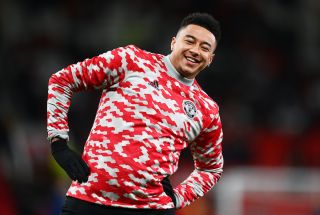 Paul Pogba is back in the starting line-up for Manchester United for today’s match against Leeds United at Elland Road.

The Frenchman starts in midfield alongside Bruno Fernandes and the pair will look to replicate the kind of performance they produced in the reverse fixture back in August.

That was the first game of the season and United started strongly. However, it’s been an awful season since then, apart from finishing top of our group in the Champions League.

Aaron Wan-Bissaka and Jesse Lingard are also back in the team, which may come as a surprise to a few but we hope they can perform well and contribute to a much-needed win on the road.

One response to “Confirmed Manchester United XI vs Leeds: Rare start for Wan-Bissaka and Lingard”