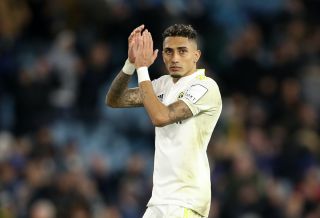 Manchester United will be looking to consolidate their place in the top four when they take on Leeds United in the Premier League at Elland Road on Sunday afternoon.

The Reds go into the game on the back of a 2-0 victory over Brighton at Old Trafford midweek, whilst the hosts were defeated 3-0 by Everton at Goodsion Park last weekend.

Raphael Varane is widely expected to return to the starting eleven having missed the clash against Brighton midweek.

Victory over Brighton couldn’t have come at a better time for Manchester United. Having being knocked out of the FA Cup and fallen out of the top four positions, it hasn’t been a great couple of months or so at Old Trafford, but by beating Brighton it has handed the Reds a much needed boost and in facing Leeds on Sunday it provides Ralf Rangnick another opportunity to help get the club back on track.

Leeds currently sit 15th in the Premier League table and look a shadow of their former selves this season.

Had this fixture been a year ago you wouldn’t be too confident in backing the Reds to grab a victory here but fast forward to now you would put us as the favourites here.

Games against Leeds are usually lively affairs and I expect this one to be no different. Elland Road is never an easy place to go, despite Leeds current struggles, and for United to beat their Yorkshire opponents they will no doubt have to be at their very best.

Going forward with Raphinha and co, Leeds can cause you real problems but defensively they are there to be got at and with Ronaldo back amongst the goals and with Fernandes, Rashford and the likes all expected to start United should have enough fire power to get past Leeds and leave Elland Road with all three points.