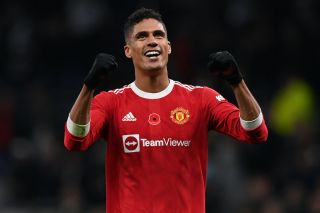 It was a much-needed win during the week for the Reds and we’ll be aiming to keep our place in the top four with a win over Leeds on Sunday, with the games coming thick and fast at this point in the season.

Since the campaign kicked off in August – fittingly against Leeds – United have been unable to string a run of wins together, hence why we find ourselves in the battle for top four and not the Premier League title.

United have been given a boost with Raphael Varane returning from illness, however, Edinson Cavani remains a doubt with a groin injury as well as stomach problems, as per MEN reporter Samuel Luckhurst.

Rangnick: 'As it seems, Edinson Cavani will still be out.' Says Cavani has a stomach problem as well as a groin injury, even though he was pictured in training on Thursday. #mufc

Rangnick won’t make too many chances to his defence and we reckon Luke Shaw will keep his place at left-back over Alex Telles for this one.

It might be a good time to give Scott McTominay a breather to allow Fred start with Paul Pogba and Bruno Fernandes. Our midfield attacking duo could cause havoc as Leeds are always likely to open up and leave holes at the back and we could do with the Brazilian’s energy in the middle.

Cristiano Ronaldo will lead the line and get support from Jadon Sancho and Marcus Rashford. The former has not been playing well this season but he’ll be up for starring against our rivals in a heated contest.