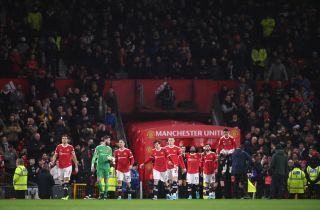 Tonight from 8pm we are set to discuss which Manchester United players should leave in the summer and who should stay. The club will be appointing a new manager with new ideas and he will obviously want to influence recruitment for the foreseeable future.

Since the show was last recorded, United dropped more points — at home to Southampton — but we got back to winning ways on Tuesday night with a 2-0 win over Brighton & Hove Albion.

Click here from 8pm to watch live or view from this page via the video below: