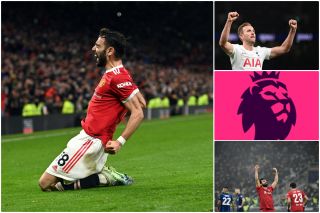 The Manchester United midfielder has promised to contribute more goals and assists this season, though his assists-to-goals stats with Paul Pogba have been impressive this season – yet to be bettered by anyone in the league.

Fernandes has been one of our best players since arriving in Manchester from Sporting Lisbon in January 2020. He recently went six games without a goal (all competitions) before scoring the winner against Brighton on Tuesday night.

Only Mohamed Salah (52) and Harry Kane (44) have recorded more goal involvements than Fernandes (43) from last season and the current campaign. That doesn’t worry the United star, though, who has pledged to bring even more to the table.

“No, sometimes when we’re in the training ground, we always have the TV on and sometimes those kind of stats come out but I’m not really worried about that,” Fernandes told United’s official website.

“Of course, for myself, I want to have my stats better than last season. I always want to do better than before and also want to try to do more goals and assists, create more chances for my teammates and everything.

“But not really, the most important is what you do on the pitch and show you are doing that game by game and always improving.

“So being in that list with him for goal involvements, goals and assists or whatever, is always a pleasure. It makes you proud of what you are doing as I know there’s much more to come yet. I think I can do much better and I will, for sure.”

Like I said in a previous blog, I think Fernandes and Pogba could have a huge say in United getting top four this season, especially if they continue to click on the pitch.