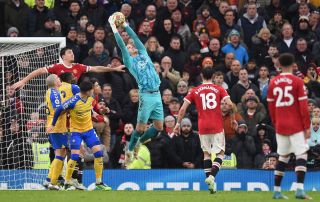 Manchester United has appointed its first Head of Fan Engagement to strengthen relations with fans and we know there is a lot of work to be done on that front.

The new role will be filled by Rick McGagh, who is already member of both United’s Fans’ Forum and Fans’ Advisory Board (FAB), so he’s got his finger in a number of pies at the club. This sounds like a way for the club to minimize the voice of the fanbase by keeping it internal.

But credit to Rick, who has been a regular at home and away matches for over 25-years.

It’s crucial that whoever holds such a role knows everything about the club’s cultural and can talk on behalf of passionate fans.

Rick is leaving his job as Head of Internal Communications and Engagement at Ofsted to join United, in April, as confirmed by the club.

Manchester United’s Chief Operating Officer, Collette Roche, said via ManUtd.com: “Strengthening our relationship with fans is one of the club’s top strategic priorities and this is reflected in our decision to create a new position to coordinate and lead our engagement initiatives.

“Rick’s established relationships within our fan community, coupled with strong communication and engagement experience, makes him uniquely qualified for the role and we are delighted that he has agreed to join.

“We are already making strides towards improved engagement through the launch of the FAB, the strengthening of the Fans’ Forum, and progress towards creating a Fans’ Share Scheme. This appointment marks another step forward in this positive direction.”

Rick will also be tasked with leading the club’s engagement with fan groups such as MUST.

Rick, himself, said: “Our fans want Manchester United to be the best football club in the world, both on and off the pitch. Supporters are what makes this club so special, and they should always feel they have the opportunity to contribute their views and be listened to.

“From my discussions with the club about this role, I believe there is a clear commitment to improving how they engage with fans in order to create a stronger partnership and connection between club and supporters. I am honoured to have this opportunity to help achieve that.”