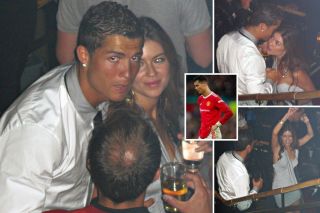 News has emerged that police were stopped from arresting Cristiano Ronaldo over an alleged sexual assault.

The warrant was reportedly pushed back by a senior official as the District Attorney’s office declined to prosecute.

A court transcript, unearthed by The Sun, claims that police in Las Vegas had signed a warrant for Ronaldo’s rest after Kathryn Mayorga accused him of assaulting her in a hotel room in June 2009.

No explanation was given as to why Clark County District Attorney Steve Wolfson declined to prosecute the case.

The claims were made by Mayorga’s lawyer, Leslie Mark Stovall, on September 21 of last year.

The transcript revealed: “What happened is when that [arrest warrant] was submitted to the district attorney’s office, Mr. Wolfson declined to prosecute.

“He doesn’t say why he decided to decline and anything – any argument is just speculation. It was within the statue of limitations.

“The police believed that they had a case to prosecute for one count of sexual assault and the DA decided not to.”

This is very damning information for Ronaldo – and it’s also negative PR as far as Manchester United will be concerned.

According to the Mirror, Ronaldo’s bid to prevent the publication of police files about the alleged sex assault was due to be heard by a Las Vegas court earlier this month.

Ronaldo quite clearly doesn’t want more stories about this in the press, but they don’t appear to be stopping anytime soon.