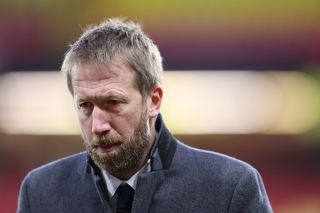 Manchester United will be looking to move back into the top four places when they take on Brighton in the Premier League at Old Trafford on Tuesday night.

The Reds go into the game on the back of a disappointing 1-1 draw with Southampton whilst the visitors ran out 2-0 winners over Watford last weekend.

Jadon Sancho is widely expected to start against Brighton following an impressive display against Southampton last time out, and Cristiano Ronaldo will once again lead the Reds attack.

A costly draw at Turf Moor followed by a bitterly disappointing draw with Southampton at the weekend has left United trailing behind the chasing back in the race for a top four spot and with United’s fixtures schedule in March looking particularly tough we simply cannot not afford to drop any more points.

Brighton is a must win game.

However, it wont be easy. Brighton have enjoyed a terrific season thus far under head coach Graham Potter and currently find themselves in 9th place in the Premier League table.

The Seagulls are enjoying their best season in the division since getting promoted back in 2017 and with Brighton currently in a good run of form this is a game United need to be on top of their game should they wish to take all three points.

Having already dropped countless silly points at Old Trafford this season, United can’t drop any more. An early goal from the Reds in many resects could go a long way to settling this one and should United grab one it would force Brighton out to play from the back leaving holes at the back for Ronaldo, Fernandes and co to take full advantage of.

It’s a game United have to win and one which I do think they will do albeit it may be a lot closer than we would like.