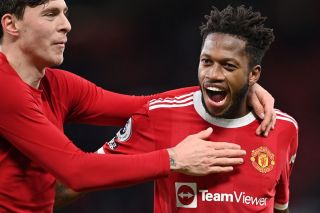 Unfortunately for our UK based readers, the match will not be shown live on TV.

The was initially due to be played in December, but it was postponed due to a COVID-19 outbreak at Carrington, which forced the training ground to shut down for almost two weeks.

In what will be their first meeting this season, we are expecting another tricky challenge for the Reds Devils at Old Trafford.

A win would take us back into the top four so it goes without saying that the players need to be up for this one. And, when I say that, I don’t mean show up for the first 45 minutes before packing up.

In defence, Rangnick should look to make two changes, with Victor Lindelof replacing Harry Maguire and Alex Telles starting ahead of Luke Shaw. I strongly believe that would would like our best possible back four at the moment.

Fred is available and Rangnick sounds keen to bring him back into the team. That may give him a reason to rest Scott McTominay, with Paul Pogba and Bruno Fernandes set to be a key duo in United’s transitional play.

Further forward, there could be a chance with Anthony Elanga coming in for Marcus Rashford, but the England international has four goals in five Premier League match-ups with Brighton. Jadon Sancho wants into the team at the moment while Cristiano Ronaldo keeps his place.