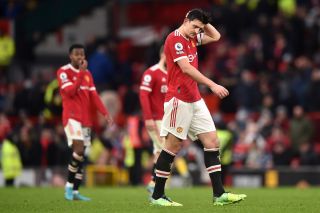 Manchester United’s Premier League clash with Brighton on Tuesday night will not be shown live on TV in the UK.

The Reds look to bounce back to winning ways against the Seagulls to enhance their chances of finishing in the top four, in a 20:15 GMT kick off at Old Trafford, but fans in the UK will not be able to watch it live from their TV, as per ManUtd.com.

Ralf Rangnick is scheduled to speak to the press soon and he will give his latest team update before selecting his squad tomorrow.

This fixture was initially scheduled before Christmas but it was postponed following a COVID-19 outbreak at Carrington.

Since the game now takes place on Tuesday, on a night when BT Sport are showing the Champions League, there’s a clash with the broadcaster — hence why nobody can show the game.

United’s round-of-16 first leg against Atletico Madrid is next week.

It looks like most of us, who will not be attending the game, will need to operate an alternative service than our usual TV package because the United match will be shown in other countries.