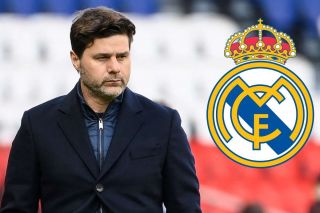 On Tuesday night we will see a thrilling Champions League meeting between Real Madrid and Paris Saint-Germain, so the newspapers from both countries are working hard to build it up (not that they need to).

French outlet L’Equipe claim that Real Madrid have tried to sign the opposition coach, Mauricio Pochettino, on multiple occasions in recent years, amid strong suggestions from the press that he won’t be in charge of PSG this summer.

📝 – Real Madrid have aimed to appoint #mufc managerial target Mauricio Pochettino 3 times in the last 5 years and could move for him again in the summer. [@lequipe]

The newspaper claims the Argentine has previously described the Madrid job as a “dream” that “everyone has on their list”, as cited by Get Football News France.

Pochettino, who is being strongly linked with the Manchester United job at the end of the season, has apparently been approached by Madrid at least three times in the last five years.

The first came in 2017 after Pochettino led Tottenham to third and second in the previous two Premier League seasons. The other times were January 2021, just after PSG appointed him, and last summer following Zinedine Zidane’s departure.

It raises the question: does Pochettino see the United or Real Madrid job as the biggest for his career?

Every top coach wants to come to the Premier League and Pochettino has already experienced that. He will want to come back and make Old Trafford his home.

However, there’s a lot of United fans opting for Ajax coach Erik ten Hag in the polls.

John Murtough and Richard Arnold have a huge decision to make either way.