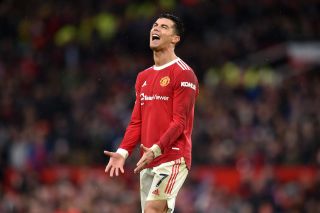 Manchester United once again failed to put the sword to their opposition on Saturday when Southampton walked away from Old Trafford with a point following a competitive 1-1 draw.

It was too competitive for my liking. United didn’t take their chances and gave away another soft goal.

The Reds have now drawn each of their last three matches 1-1, usually starting these games brightly before fading in the second half. It has become a trend and the players don’t know what to do about it.

Cristiano Ronaldo missed a glorious chance to cut his five-game drought which now stands at six – his longest at club level since 2009, as per Statman Dave.

Cristiano Ronaldo has failed to score in any of his last 6 appearances in all competitions, his longest drought at club level since January 2009.

Jadon Sancho played him through before CR7 rounded the keeper. The Portuguese star’s attempt on goal lacked power and that allowed for a Southampton defender to get back and clear the ball.

We hope Ronaldo can put an end to his goalscoring drought against Brighton on Tuesday night.