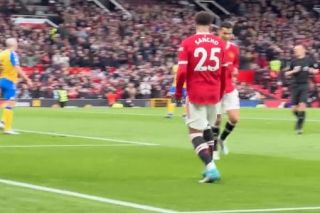 In many ways, if you look back at Manchester United’s previous three matches, all with disappointing results, one player has consistently been a silver lining.

Jadon Sancho has shown why United tracked him for so many years. There will be questions as to whether he was signing to play on the right flank or left, but I couldn’t care less so long as he is performing.

Interim manager Ralf Rangnick said Sancho was back to his best after his decisive performance against Southampton on Saturday, during which he scored his first Premier League goal at Old Trafford.

“Jadon is in good shape, not only in the first half but also, in the second half, he had his good moments,” he said to BT Sport, as quoted by Goal.

“With Jadon’s performances in the last couple of games, I’m very pleased. This is the Jadon we know from the German Bundesliga.”

Finally, the home fans got to see something they’ve had to wait a long time for!

It was the first of many at Old Trafford for the young England international.