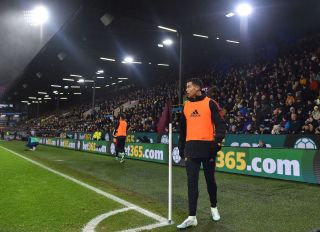 We are hoping to see Manchester United return to winning ways today and Ralf Rangnick has named his starting eleven to face Southampton.

The Reds are without a win in either of their last two matches – against Middlesbrough and Burnley – and know that three points will be crucial in their bid for a top-four finish.

It comes as no surprise that De Gea starts in goal.

Diogo Dalot is becoming a mainstay at right-back and the game comes too soon for Alex Telles, who is in the team after recovering from COVID-19. That means Luke Shaw starts.

Raphael Varane will lead from the back alongside Harry Maguire.

In midfield, United have a trio of Scott McTominay, Paul Pogba and Bruno Fernandes.

And Cristiano Ronaldo is joined by Marcus Rashford and Jadon Sancho in attack.