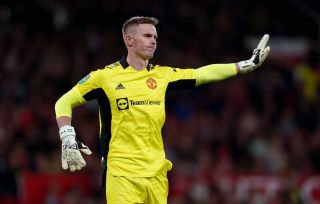 Manchester United return to action on Friday night but they are unlikely to have their South American contingent ready for the cup tie.

Alex Telles, Fred and Edinson Cavani will likely miss their FA Cup meeting with Middlesbrough on Friday after playing their World Cup qualifiers during the week.

But Paul Pogba and Luke Shaw could be back in contention again, alongside Aaron Wan-Bissaka after their recent absences due to illnesses and injuries. It is also worth noting that Jadon Sancho and Victor Lindelof are back training and ready for selection on Friday night.

On top of that, Eric Bailly and Hannibal Mejbri are both back from the African Cup of Nations, so Ralf Rangnick has plenty of options going into the tie.

This is a slightly different XI to the one I posted on Twitter earlier this week, as seen below, which was rightly deemed too strong by many across the social network. This game gives Rangnick a chance to play Dean Henderson between the sticks, Wan-Bissaka at right-back and Jesse Lingard through the middle.

What do you think of this predicted #MUFC XI to face Boro on Friday night, in the #FACup? [4-3-3] 🤔 pic.twitter.com/xl6XuQE6rb

The squad should be feeling refreshed after their break away from Carrington.