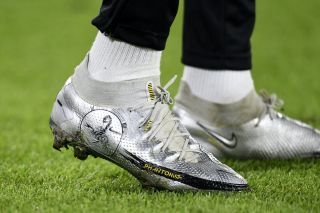 Manchester United striker Mason Greenwood has been accused of domestic violence by his girlfriend Harriet Robson. The photos and videos that surfaced this morning were extremely distressing.

Pictures and audio clips have done the rounds on social media throughout Sunday morning after Harriet uploaded damning evidence to Instagram.

Her captain read: “To everyone who wanted to know what Mason Greenwood actually does to me”.

While I find it difficult to put into words how disgusted I am by all of this, there has been a series of statements released this morning – from Manchester United, Greater Manchester Police, and now Greenwood’s boot sponsor Nike.

“We are deeply concerned by the disturbing allegations and will continue to closely monitor the situation.”

Credit to The Athletic for getting the comment from a Nike’s spokesperson.

This means that Greenwood is now at risk of losing his boot sponsor – and he is probably set to lose a lot more on top of that.

From Starboy to something a lot less significant in my eyes, but we must wait for not only more evidence, but for the full story.

United have already said they will not condone any form of violence and I expect them to stand by that.

I don’t think Adidas will be too happy about him wearing their shirt anymore either.