It feels like each morning we are waking up to drama at Manchester United.

On Saturday, after drawing 2-2 with Aston Villa in the Premier League, interim manager Ralf Rangnick gave an explanation as to why Anthony Martial is not getting selected for games. He said that Martial didn’t want to be selected for the squad to make it sound as though the Frenchman had completely given up on the club.

But Martial doesn’t want you to think that.

The out-of-favour United attacker took to social media last night after the match, writing the following on his Instagram Story: “I will never refuse to play a match for Man United. 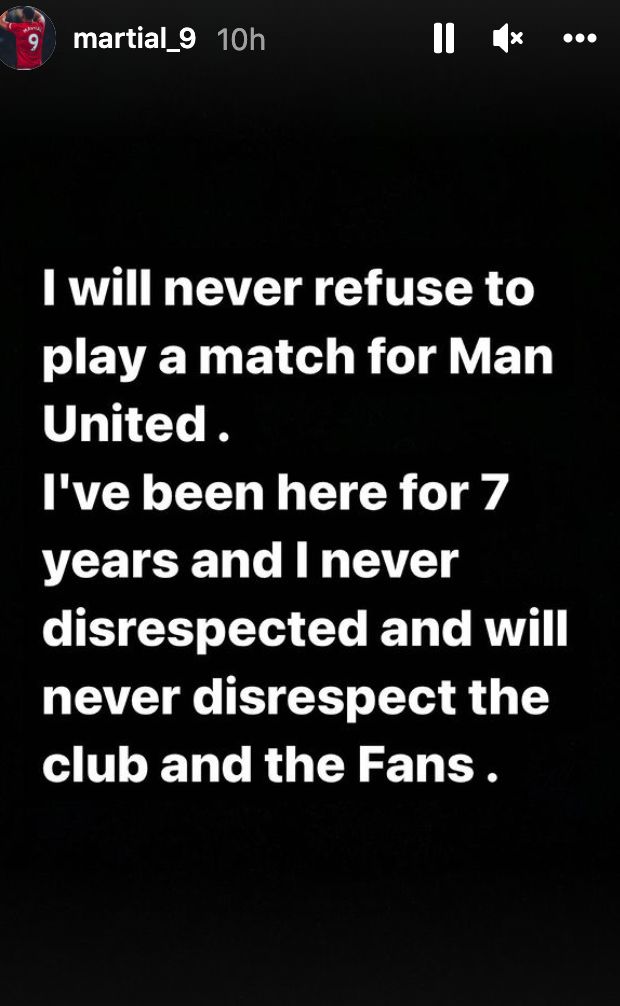 For someone earning over £200k-per-week, I think most United fans expect better.

There is no denying that Martial is leaving the club under a grey cloud.