Jesse Lingard came on as a substitute in last night’s FA Cup win over Aston Villa.

The England international was brought on along with Anthony Elanga and they both gave the fans something to shout about with their late cameos.

However, it was a piece of skill from Lingard that sent the fans crazy at Old Trafford, while the Reds were trying to run down the clock with the scoreline 1-0.

Lingard got the ball in the corner as the game entered injury time. He shielded the ball before turning away from two Aston Villa players and managed to keep hold of possession.

The United star was happy with his piece of skill and posted a short video clip to his Instagram following the victory.

Lingard’s moment drew attention from team-mate Amad, who was named on the bench last night. 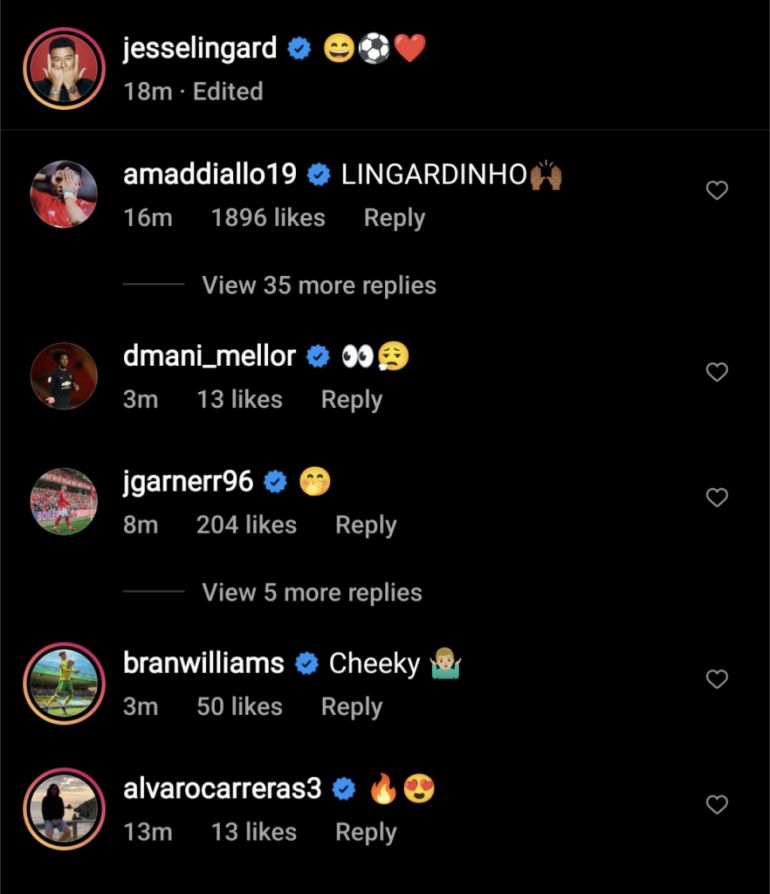 Hopefully Lingard can get more minutes under his belt in the league because it feels like he has been under-used this season.