Manchester United could be set to lose a centre-back before the January transfer window closes at the end of the month.

That’s according to a recent report from Sky Sports Italia, who have suggested Serie A giants AC Milan are keen to bring Eric Bailly in, initially on loan, but with a view to making a switch permanent at the end of the current campaign.

Having seen his playing time continually restricted, it is perhaps no surprise to see the Ivorian defender linked with a transfer away.

Pushed way down in manager Ralf Rangnick’s pecking order, with the likes of Harry Maguire and Raphael Varane all ahead of him, this season could see Bailly given a rare opportunity to reignite his stagnating career. 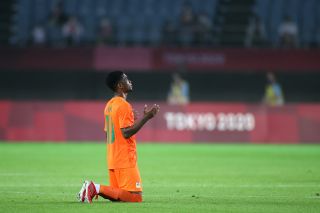