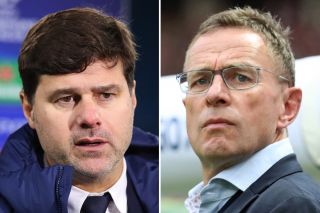 Manchester United players reportedly expect Mauricio Pochettino to replace Ralf Rangnick as manager at the end of the season.

The Argentine, who has previously managed Southampton and Tottenham Hotspur, is currently in charge of Paris Saint-Germain.

Pochettino makes perfect sense as a target because it is no secret that the club looked at him after firing Jose Mourinho. Instead of hiring him then, Ole Gunnar Solskjaer got the job but United are unlikely to have the same situation this time around with Rangnick.

A group of players at United seemingly believe that it will be Pochettino, as per The Sun, which will come as a blow to Ajax manager Erik ten Hag.

The Sun’s article paints a pretty grim picture of the mood behind-the-scenes at United.

There is also a suggestion that some players felt the club missed an opportunity when Tottenham hired Antonio Conte earlier this season.

Just like The Mirror did last night after suggesting 11 players want to leave the club after becoming disillusioned with life at United.

Let us know in the comments section if you would like Pochettino to takeover in the summer.