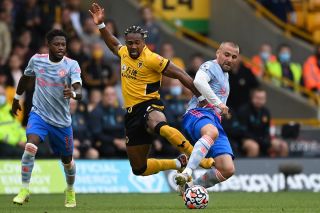 Manchester United will be looking to close the gap on the top four when they take on Wolves in the Premier League at Old Trafford on Monday night.

The Reds go into the game on the back of a 3-1 victory over Burnley at Old Trafford midweek, while the visitors drew 0-0 with Chelsea at Molineux on December 19th.

Cristiano Ronaldo is widely expected to once again lead the attack whilst Bruno Fernandes could be set for a return to the starting eleven to face Wolves after missing the match against Burnley midweek through suspension.

Currently sitting four points off the Champions League positions, with two games in hand, the Reds find themselves in a good position going into 2022 with the latter stages of the UEFA Champions League to come and the FA Cup third round on the horizon. There are reasons to be optimistic but beating Wolves would be the perfect way to start the new year.

Wolves have had a promising season thus far under Bruno Lage and find themselves sitting just six points United in the Premier League table. At Molineux, Wolves can be more than a match for anyone but away from home they do not hold the same threat and this is a game United will undoubtedly go into as the favourites.

Adama Traore will be their biggest threat.

Beating Wolves and taking three points would be the perfect way for the Reds to start the new year and would put the club in good stead for the coming games ahead and lift optimism amongst the Reds faithful that United can still make this season a successful one.