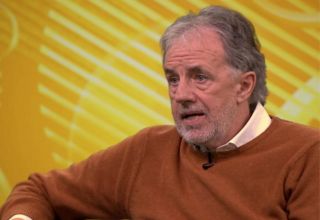 The Reds bounced back with a 3-1 win against Burnley after dropping two points on their travels to Newcastle.

Ralf Rangnick’s side need a win to ensure they keep the pressure on Arsenal, who currently occupy fourth position in the Premier League standings.

Wolves are sat in eight and six points behind the Reds.

This has been Bruno Lage’s first season in the Premier League but they’ve struggled in front of goal after finding the net just 13 times in 18 league matches.

“Wolves don’t score many so I’m backing Manchester United here, but it is going to be very interesting to see what kind of performance we see from Ralf Rangnick’s side,” Lawrenson wrote in his column for the BBC.

“United were awful against Newcastle and, although they were much better against Burnley, their inconsistency is one of the things Rangnick has to tackle if they are going to make it into the top four.”

United will need to be a lot better than they were against Newcastle when they play every team in the Premier League. It’s time to get over that bridge and build on the 3-1 win over Burnley, which was far more convincing, as United remain unbeaten under Rangnick.

Send us your predictions in the comment section below.