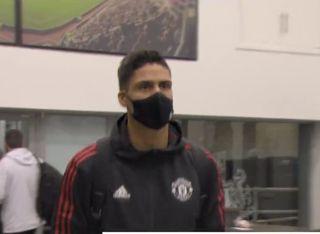 This is a side we should be looking to attack from the very start, with lots of intensity when we press the ball, as they look headed for the Championship again.

Newcastle United will try to flash their Saudi cash in January but it won’t be easy and Eddie Howe hasn’t improved the situation since Steve Bruce was sacked.

After 16 days without a match, the Reds are back in action tonight and the players have arrived at St James’ Park.

🔜 They are back after 16 days without a game pic.twitter.com/6y4lYnpLSx

Ralf Rangnick has named his starting line-up for the match, too, with Raphael Varane returning from injury.

As of now, Paul Pogba is the only United player out injured.