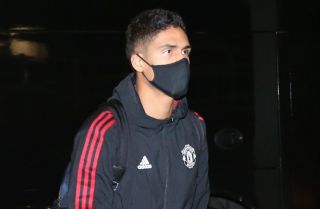 Manchester United will be looking to shake off any rust from a two-week forced break when they take to the pitch tonight, after travelling to St James’ Park.

The manager goes into the game with a full-strength squad bar Paul Pogba, who has yet to fully recover from a muscle injury he sustained while away with France, and he is still to decide on his best eleven.

United’s line-up sees the return of Varane and we’re excited to see the boost he will bring to our defence over the coming months.

Jadon Sancho has been benched but Mason Greenwood comes in.

After missing two matches, having them postponed to later dates in the new year, United are having to play catch-up and it is important they pick up from their win against Norwich City by adding another three points to the table.

It will be a bonus if the result tonight helps send Newcastle United down to the Championship, and I think I can say that on behalf of fans that support Premier League clubs.

Mohamed Bin Salman should be nowhere near the beautiful game.