The Football Association has confirmed that third and fourth round replays in the FA Cup have been scrapped for this season.

This is just to help with fixture congestion, and these replays will return next season.

Manchester United got Aston Villa in the third round while our rivals got much easier draws.

An emergency meeting of all 20 Premier League clubs was held on Monday, following a weekend that saw six games called off due to COVID-19 cases.

The decision was made by the clubs to carry on playing matches despite recent postponements, with several members also stressing that replays in the earlier rounds of the FA Cup should be dropped.

FA confirm they have scrapped third and fourth round replays in the FA Cup for this season pic.twitter.com/KouthAj8jb

This will help free up the schedule for further disturbances which seem inevitable.

It looks like (fingers crossed) our next game will be against Newcastle United on December 27th.

That means no football for us on Boxing Day, so you only need to worry about alcohol consumption and maybe a bit of horse racing. 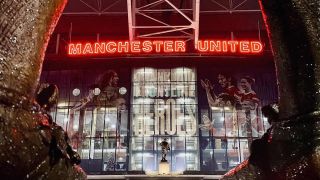