Charlie Savage recently made his Manchester United debut in the Champions League at Old Trafford against Young Boys. Now he is being tipped for a Wales call-up.

Robbie Savage’s son, 18, has played for Wales up to U19 level and caretaker manager Rob Page – standing in for Ryan Giggs – says he will get a chance to prove himself in training before the Nations League begins in June.

That should give young Savage a chance to make his international debut for Wales in 2022.

Following the draw in Nyon, Switzerland, Wales have discovered the dates of their Nations League matches against Poland, Belgium and the Netherlands.

Page, who played alongside Charlie’s dad for Wales, will be keen to hand Savage his international debut.

He said, as quoted by The Sun: “Robbie must have been really proud because he’s already been on the phone.

“We go back a long way and have a friendship as well as an interest in how Charlie is getting on. 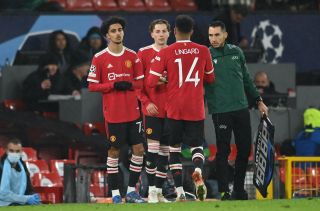 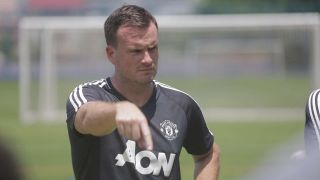 “It’s a great achievement for young Charlie but I know Robbie will keep his feet firmly on the ground.”

The last Wales international to play for Manchester United has received criticism following his £25m transfer to Leeds, but our focus is now firmly on Savage’s development to whether he can get more games in the first team.