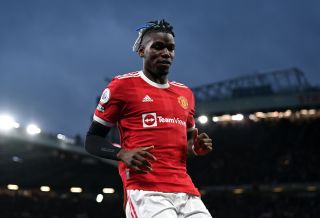 Manchester United are quickly discovering that interim manager Ralf Rangnick is more than just a tactician. The German is also a business-minded leader who does not mind breaking a few eggs in order to make an omelette.

The biggest problem facing the Red Devils over the last couple of seasons has been midfielder Paul Pogba and his unwillingness to commit his long-term future to the club.

With the Frenchman’s deal set to expire at the end of the season and with no signs of renewal, this season could very well be the midfielder’s last at Old Trafford.

When it comes to the slim possibility that the club may throw everything they have at extending Pogba’s deal, recent reports have suggested that is unlikely, largely down to Rangnick’s opinion that the midfielder is not worthy of improved terms.

That’s according to Gazzetta dello Sport (via Sports Mole), who claims the German, who will move to a consultancy role at the end of the season, is not keen to see Pogba remain with the club.