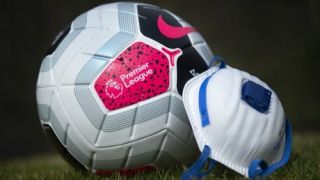 Manchester United vs Brighton is one of five games to be postponed in the Premier League this weekend.

This disruption is likely to continue with the spread of COVID-19 on the rise (again) within football.

According to the Manchester Evening News, Premier League clubs are considering the prospect of stopping matches until the FA Cup third round.

The FA Cup doesn’t start until January 7 and United have already drawn Aston Villa in the third round.

A break would give all clubs the opportunity to cut the chain, as Brentford manager Thomas Frank argued during the week (via Sky Sports), after their game versus United was postponed on Tuesday night.

This would see the Premier League take a break until the weekend of January 15, and it is understood that some games will go ahead this weekend. United are one of the clubs that are already playing catch-up following multiple postponements.

The games that are scheduled to take place include: