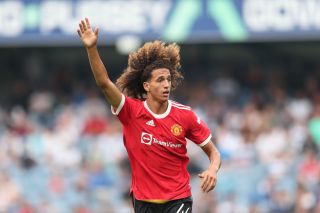 After 13 years working in Paris Saint-Germain’s academy, Klein left in 2020 to take up the role of technical director at Kosovan side FC Besa.

He now turns his attention to finding the best young talent in French football for Manchester United.

The former PSG man is expected to bring contextual knowledge of the talents who are of the required standard for United’s first team and academy.

Among his roles are completing scouting reports and assigning performance ratings to United’s targets in the French market, as per Manchester Evening News.

Hopefully he can find us some good midfielders to strengthen the first team because it is clear that United need to improve in the department. The Athletic report United are keeping an eye on the situation of Marseille midfielder Boubacar Kamara.

Klein will be tasked with finding the new Eric Cantona or Paul Pogba, though we are sure he is already well aware of the French talent pool.

United appear to watch a lot of players in France since that is where we got Hannibal Mejbri and Willy Kambwala from in recent years.

I’m excited to see who will join the academy next and I’m sure Ralf Rangnick is on the lookout too.