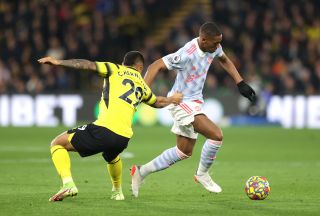 Anthony Martial’s agent went to the press last week to reveal his client’s intentions ahead of the January transfer market.

Philippe Lamboley said he had plans to talk with the club about Martial’s desire to leave, insisting the 26-year-old wants regular first team football, which was before interim manager Ralf Rangnick slammed the agent for going public instead of holding talks directly with the club.

I think it is telling that one of the clubs rumoured to be interested in Martial is Newcastle United, with El Nacional describing the Saudi-owned club as frontrunners for his signature.

This shows how the Frenchman’s stock has fallen in recent years.

Sources have told ESPN that Lamboley’s interview with has not yet prompted a wave of internet from suitors. Moreover, there are doubts at United about which clubs could actually afford to sign him.

It’s not a good sign, having an agent willing to speak to the press before holding talks with the club, and that should (but probably won’t) put off buyers, and this could harness United’s plans to get rid of an expensive fringe player.

According to the Mirror, United value Martial at £30m which could make it difficult for any permanent deal to be brokered.

It took Lamboley a week after Rangnick’s appointment to risk isolating Martial at United if the club struggle to move him out in January.

What on earth was he thinking?