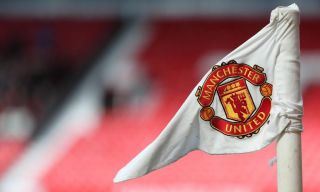 Manchester United have recorded as many as 19 positive COVID-19 tests among players and staff this week, explaining why the Premier League decided to postpone Tuesday night’s game against Brentford.

It also explains why United closed Carrington training complex for over 24 hours this week.

With fixture congestion already an issue for most Premier League clubs, this means United will need to cram in the Brentford fixture at another point during the season – and we still don’t know whether the game against Brighton this weekend will go ahead.

According to the Telegraph, Manchester United has 19 positive COVID-19 tests and talks are ongoing with the Premier League over Saturday’s clash with Graham Potter’s side.

The Seagulls have positive cases of their own.

All 19 individuals who tested positive will self-isolate for 10 days and won’t be able to return until they pass negative upon more testing.

The report states that not everyone affected are part of the immediate first-team squad or staff.

This doesn’t really give me much hope for Saturday, which would make for a full week without seeing United.

It comes at a bad time because I felt Ralf Rangnick could’ve built on the momentum that was brewing.

I’m sure the players will be eager to get back on the pitch competing again.