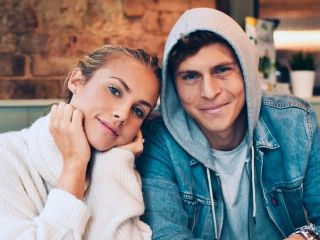 The wife of Manchester United defender Victor Lindelof has revealed her fears after he was forced off in his side’s 1-0 win on Saturday.

Lindelof suffered chest pains on the pitch and appeared to struggle breathing.

The Sweden international crouched whilst indicating towards his chest, with medics rushed onto the pitch by his teammates.

After seeing what happened to former Tottenham Hotspur midfielder Christian Eriksen at Euro 2020 in the summer, everyone watched on eager to see Lindelof substituted and checked by the medical staff.

You can only imagine what was going through Maja Lindelof’s mind.

The mother of two has updated her blog with some news on her husband.

“It was a scary match to watch and Victor was very [worried] afterwards,” she wrote, as translated by RT.

“Yesterday [Sunday] he did a lot of tests and he has had a heart monitor on for two days to make sure everything is OK.

“[It was] incredibly uncomfortable, especially when I could not get hold of him… it was a long [wait] before I got hold of someone on the team who updated me.

“Everything seems to be OK, as luck would have it, and we are waiting for answers to the final tests that will end tomorrow.”

Lindelof was replaced by Eric Bailly who joined Harry Maguire at centre-back.

Maguire was asked about the situation and said his team-mate was in some discomfort post-match, as per talkSPORT: “He is in the changing room. He felt a bit of discomfort.

“We don’t really know how too much details but he seems fine in there. He felt discomfort and we all wish him well.”

We would like to send our best wishes to Lindelof and hope to see him back on the pitch soon.