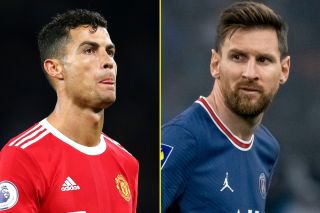 The draw for the Champions League last 16 has took place at UEFA headquarters in Nyon, Switzerland, with Manchester United set to face Ligue 1 giants Paris Saint-Germain.

You already know that all of the pre-match build up will surround Cristiano Ronaldo and Lionel Messi, which is exactly what UEFA want, as well as Mauricio Pochettino coming to town when there has been speculation over him landing the United job in the future.

United will play the second leg at home after topping Group F in the previous round, while PSG finished second in their group behind Man City.

It won’t be easy but we hope United can make the draw for the quarter-finals, semi-finals and final on Friday 18 March.

Saint Petersburg’s Gazprom Arena will stage the Champions League final, with the game scheduled for 28 May 2022.

Update: The draw will be done again at 2pm.