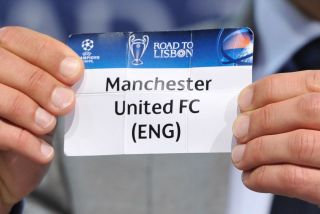 Manchester United thought they were going to play Mauricio Pochettino’s Paris-Saint Germain in the Round of Last 16 in this season’s Champions League. However, after an error was made, a redraw was required, with the Red Devils’ next opponents now set to be Diego Simeone’s Atletico Madrid.

United are currently facing the possibility of their Premier League game against Brentford on Tuesday night being postponed after several players and staff members recently tested positive for Covid-19.

However, despite the uncertainty surrounding their domestic schedule, one fixture the United-faithful will be desperately looking forward to is travelling to Spain to play Atletico Madrid on Feb 15, 2022.

Although the Red Devils remain outsiders to lift the prestigious trophy – when it comes to cup knockout competition, fans will know that anything can happen and European glory is certainly not out of the realms of possibility.

Nevertheless, the first task at hand will be to overcome a notoriously resilient Atletico Madrid.

Reacting to the draw, as well as the fierce European encounter that awaits, large sections of United fans have been quick to take to social media to give their thoughts.

Below are some of the best reactions.

Can’t lie would rather we played that fraud poch. 😤#MUFC

Basically UEFA, wanted to orchestrate a Messi vs Ronaldo match up and it backfired #MUFC #PSG #UCLdraw #UCL